OLRG are pleased to say that from Monday Oxted's Ellice Road car park will have 2 HOURS free parking between 8am and 5pm on weekdays.

This is great news for the visitors and businesses of Oxted. Parking is completely free outside of those hours including all weekend.

And just a reminder that you can also park for FREE at the Council Offices car park in Oxted after 6pm on weekdays and at any time during the weekend.

OLRG Councillors have also been working with Council officers to locate additional parking elsewhere in the town for construction workers at the gasholder site to free up spaces in the Ellice Road car park in the future.

Following last Thursday's Council decision to bring in 2 hour free parking at Ellice Road, we can now report that the anticipated date for its introduction is 22 July.

The Council says this date is subject to "no objections being raised from the updated Traffic Order and the relevant amendments being made to the payment machine software".

We are delighted to report that last night (13 June) Tandridge District Councillors agreed to bring in two hour free parking at Ellice Road car park in Oxted. This will last until the end of June 2021 when the gasholder redevelopment is scheduled to be completed and will then be reviewed. We do not yet have a date for when it will come into effect.

OLRG Councillors pleaded for 2 hour free parking to assist businesses at a time of difficulty and disruption. Cllr Jackie Wren read out a letter from the Oxted BID (Business Improvement District) which said that businesses had unanimously stated that increasing free parking to 2 hours would increase the time that shoppers spent in the town and so benefit their businesses.

Councillors also decided to axe the £5 million project for a multi storey car park at Ellice Road because it is not viable. The cost of building the car park has doubled from the original £2.5 million to £5 million, most of it borrowed money. It would have provided about 100 extra spaces.

There have been major question marks over the viability of the car park project for some time and the on-off saga has led to uncertainty for businesses and residents.

Last night, the new Council leader, Tony Elias, put an end to that uncertainty saying that he was not convinced of the business case and opening the way for the project to be axed.

OLRG is pressing for more cost effective ways of increasing parking provision. We have put forward some initial suggestions, among them: realigning the Ellice Road car park (to create more spaces without narrowing them); better use of the Council car park to maximise occupancy and allow public use during the week; realigning on-street parking spaces, for example looking at whether Station Road West could be made one way so that cars could park nose-on so creating more spaces.

OLRG is again pushing for 2 hour free parking to be brought in at Ellice Road car park to assist businesses at what is a time of great disruption due to the gasholder redevelopment.

Yesterday we received figures from Tandridge District Council which showed the cost of bringing in 2 hour free parking is in the region of £24,000 - £47,000 a year.

Meanwhile, we understand that the cost of building the multi storey car park at Ellice Road has risen to £5 million, most of it borrowed money. The car park will provide about 100 extra parking spaces with a number of these reserved for permit holders.

Last December, the Council announced that the building of the car park was being postponed for a year. This followed major concerns about its viability due to the spiralling costs - the original cost was £2.5 million - and due to mistakes in the Council's financial modelling highlighted by OLRG and Independent Councillors. Despite these concerns, the new minority Conservative administration still appears to be going ahead with the car park in January next year.

We have made clear that it would be unacceptable to increase shoppers' parking charges or cut the free parking period to try to make the project viable.

OLRG is pressing for more cost effective ways of increasing parking provision and for 2 hours free parking to try to support Oxted's businesses and to help our High Street flourish.

The car park and 2 hour free parking are being discussed at next Thursday's (13 June 2019) Strategy and Resources Committee of the Council.

On 6 December 2018 Tandridge District Council's administration announced that it was postponing the building of the new Ellice Road car park for a year.

It also promised that there would be no increase in shoppers' parking charges and/or reduction of the hour free parking period although it refused to agree to OLRG's request for a two year freeze on any increase until the gasholder and car park developments are completed.

The delay to the car park follows concerns about its viability due to spiralling costs - up from £2.5 million to £4.5 million - and concerns that pressing ahead with it in the New Year at the same time as the gasholder/Johnsdale car park redevelopment, would cause major disruption threatening the livelihoods of local businesses.

At a recent Finance Committee meeting, OLRG Councillor Catherine Sayer and Independent Councillor Kevin Bourne highlighted that the Council's financial modelling for the car park was incorrect and, as a result, the Council had considerably over-estimated the future income to be received. In fact, after paying interest on the money being borrowed to pay for it, the Council would be worse off to the tune of between £80,000 and £120,000 per year.

We are pleased that there is now a commitment not to increase shoppers' parking charges/cut the free parking period but disappointed that no time limit has been agreed and we will keep pressing for a two year freeze.

At Thursday night's meeting, OLRG Councillor Phil Davies said the delay was an opportunity to look at other alternatives - one example being a permanent park and ride scheme for Council staff which would free up the Council car park for shoppers and those using the health centre.

We have been receiving a lot of queries about what is happening over the new Ellice Road car park in Oxted, construction of which is due to start next month.

These are what we now understand to be the facts:

The cost of building the new car park has increased from £2.5 million to £4.5 million pounds.

Overall, there will be 8 fewer shoppers' spaces in the town than before the changes to the car park began.

The Council plans to increase the annual cost of business permits from £546.50 to £800 for an ordinary permit and £1,000 for a premium permit.

At a recent Finance Committee meeting, OLRG Councillor Catherine Sayer and Independent Councillor Kevin Bourne highlighted that the Council's financial modelling was incorrect and, as a result, the Council had considerably over-estimated the future income to be received.

We estimate that after paying interest on the money being borrowed to build the new car park, the Council will be worse off to the tune of between £80,000 and £120,000 per year.

To make up for this, we are very concerned that the Council may increase parking charges for shoppers and/or cut the free parking period from an hour. We continue to believe either of these would be severely detrimental to our local businesses.

You may remember that when parking charges for shoppers were first brought in, the Council proposed to limit the free period to half an hour and also to charge on Saturdays and it was because of strong opposition from what was then the Oxted Traders Association and OLRG, together with a petition signed by 5,435 residents, that this did not happen. OLRG will strenuously resist any attempt to change the current charging regime.

OLRG and Independent Councillors will be pursuing the matter at tonight's full Council meeting and at another meeting being held next Tuesday both of which will be webcast starting at 7.30pm. 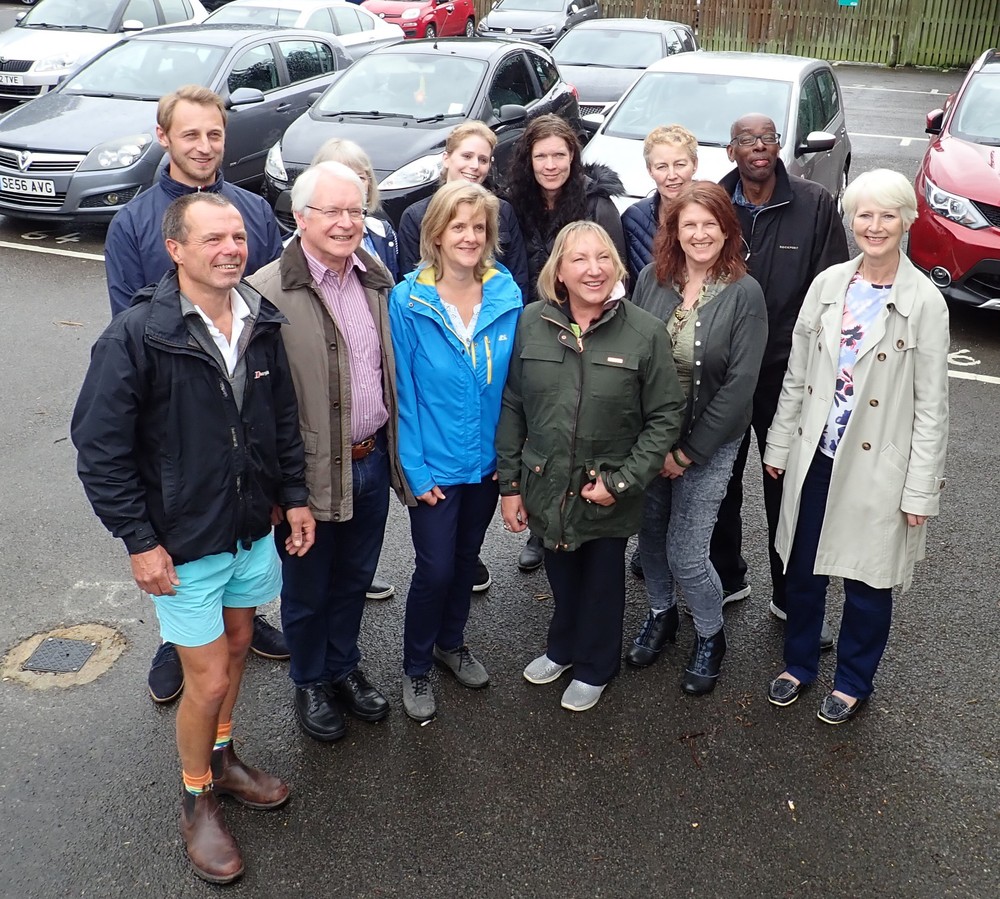