Three objections have been lodged to the footpaths and so now the matter will be decided by a Planning Inspector - we don't have a date for that yet but, until then, the footpaths are on hold.

The routes are shown on the attached map.

However, the Committee's decision is open to appeal. There is a six week period when an objection may be lodged, in which case the evidence then has to go before a Planning Inspector who may call a Public Inquiry.

A Surrey County Council countryside officer recommended the paths for approval after studying evidence from residents about their usage of the field.

OLRG made the application for the rights of way in 2013 after entrances to the field were blocked off with hoardings and barbed wire by development company Oxted Residential Limited so that residents could no longer access the land.

At the same, the developers ring-barked ten old trees on the field, including a number of mature oaks, to deliberately destroy them.

OLRG collected 74 statements from residents about their long standing usage of the field and, in November 2013, we submitted the rights of way application to the County Council.

Very many thanks to all the residents who gave evidence and assisted with the application and who have helped to make this happen. 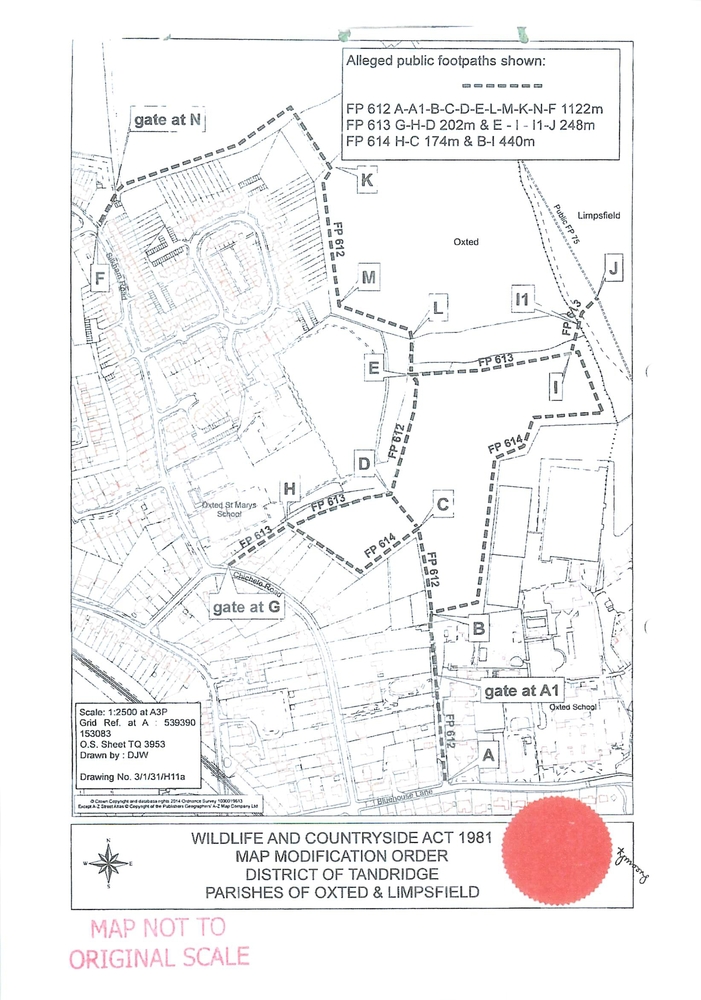