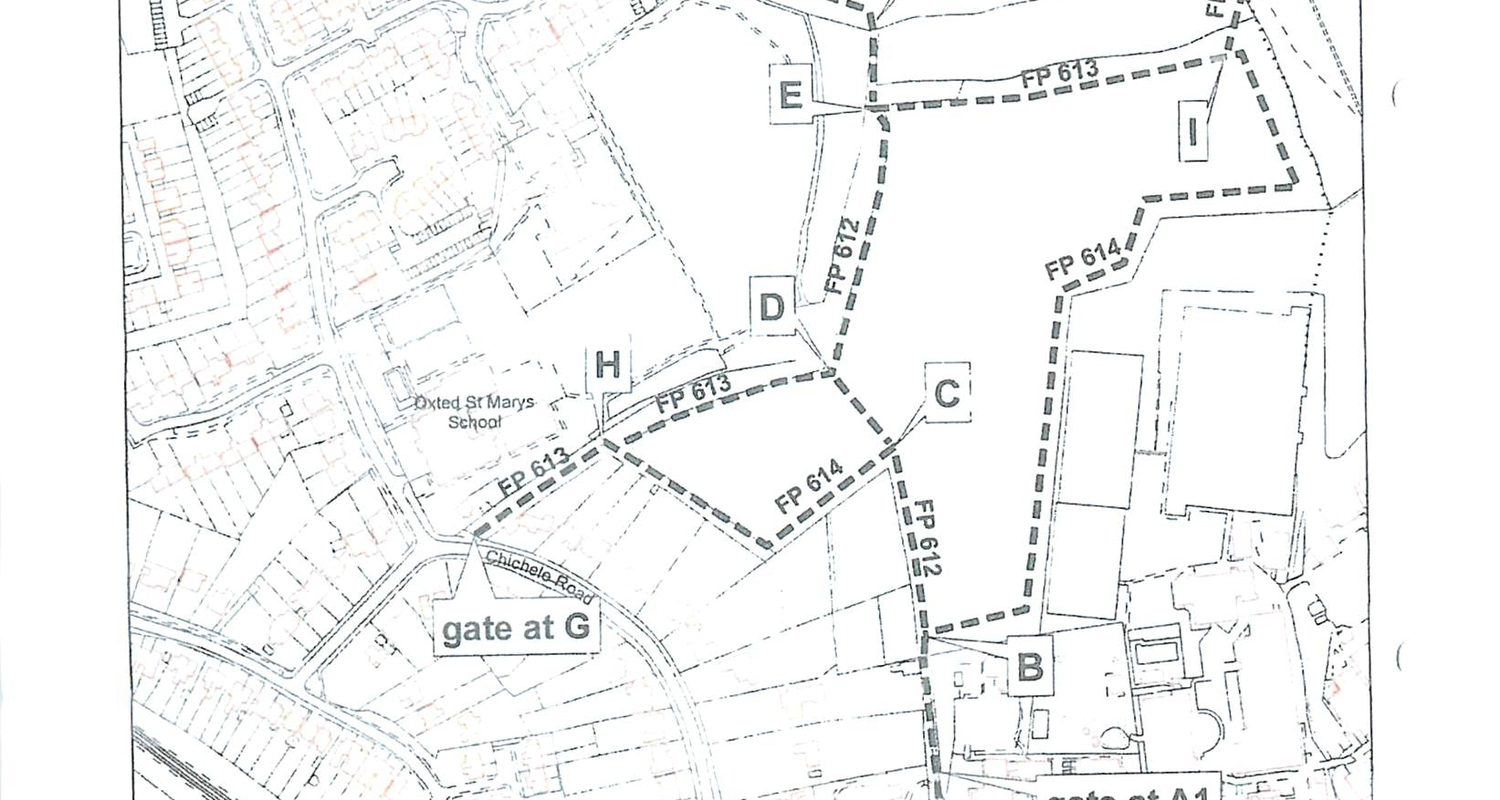 Update 12 March 2021: the inquiry took place this week with five days of evidence and the Planning Inspector is now considering her decision. We do not know when the decision will be announced but it could take two to three months.

The public inquiry into three new rights of way across Chichele field was opened today by the Planning Inspector but then adjourned until next year. The full inquiry will take place during the week beginning Monday, 8 March.

In June 2018, Surrey County Council recommended the new rights of way but the decision was then appealed by landowners and developers. The Inspector holding the public inquiry will decide whether to confirm the rights of way. We should stress that the footpaths remain closed to the public until and unless the Inspector rules otherwise.

OLRG made the application for the rights of way in 2013 after entrances to the field were blocked off with hoardings and barbed wire so that residents could no longer access the land. We collected 74 statements from residents about their long standing usage of the field and, in November 2013, submitted the rights of way application to Surrey County Council. The inquiry had been scheduled for April this year but was cancelled due to the coronavirus outbreak.

Very many thanks to everyone who has given evidence and is assisting with the application.