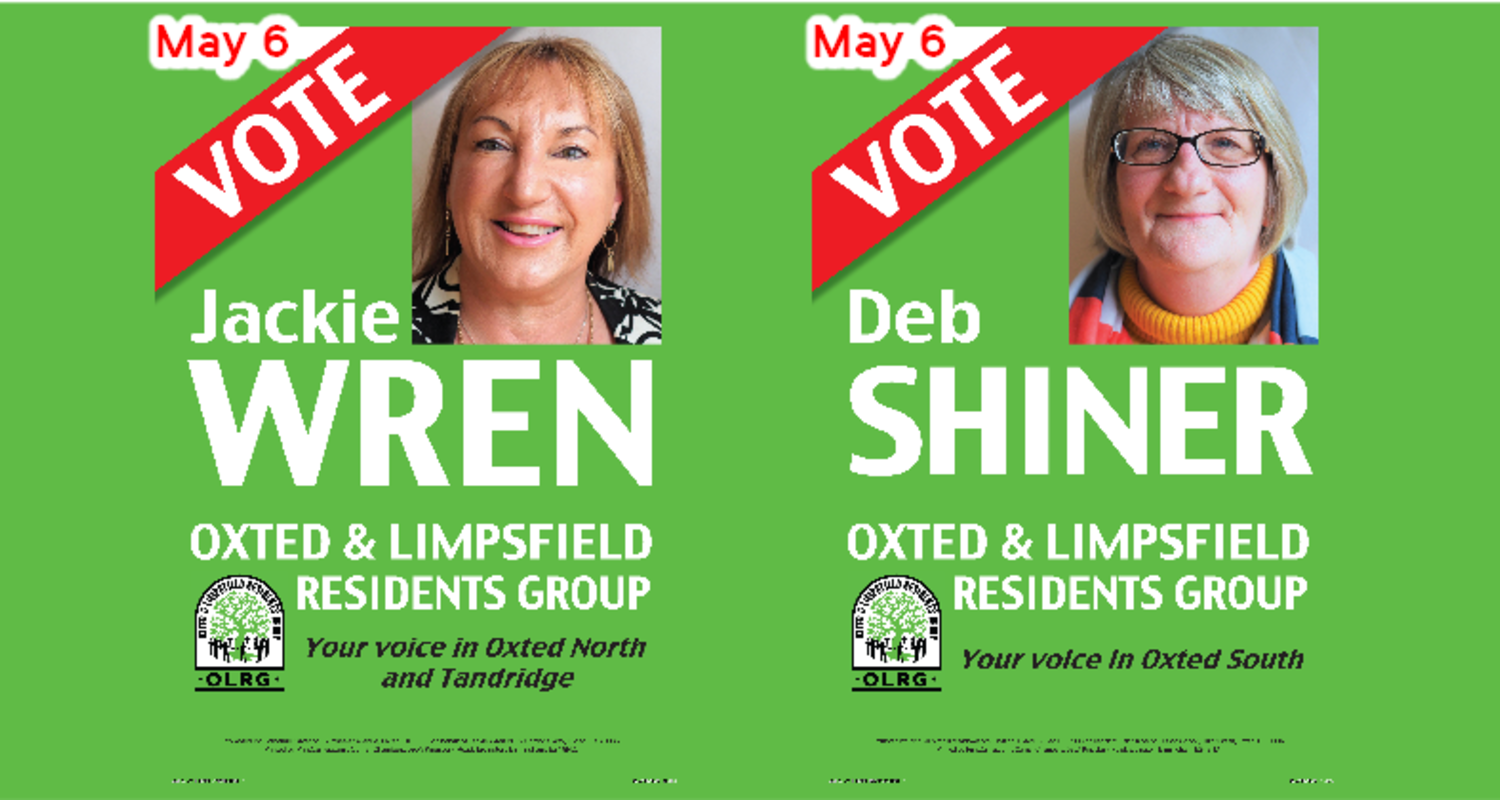 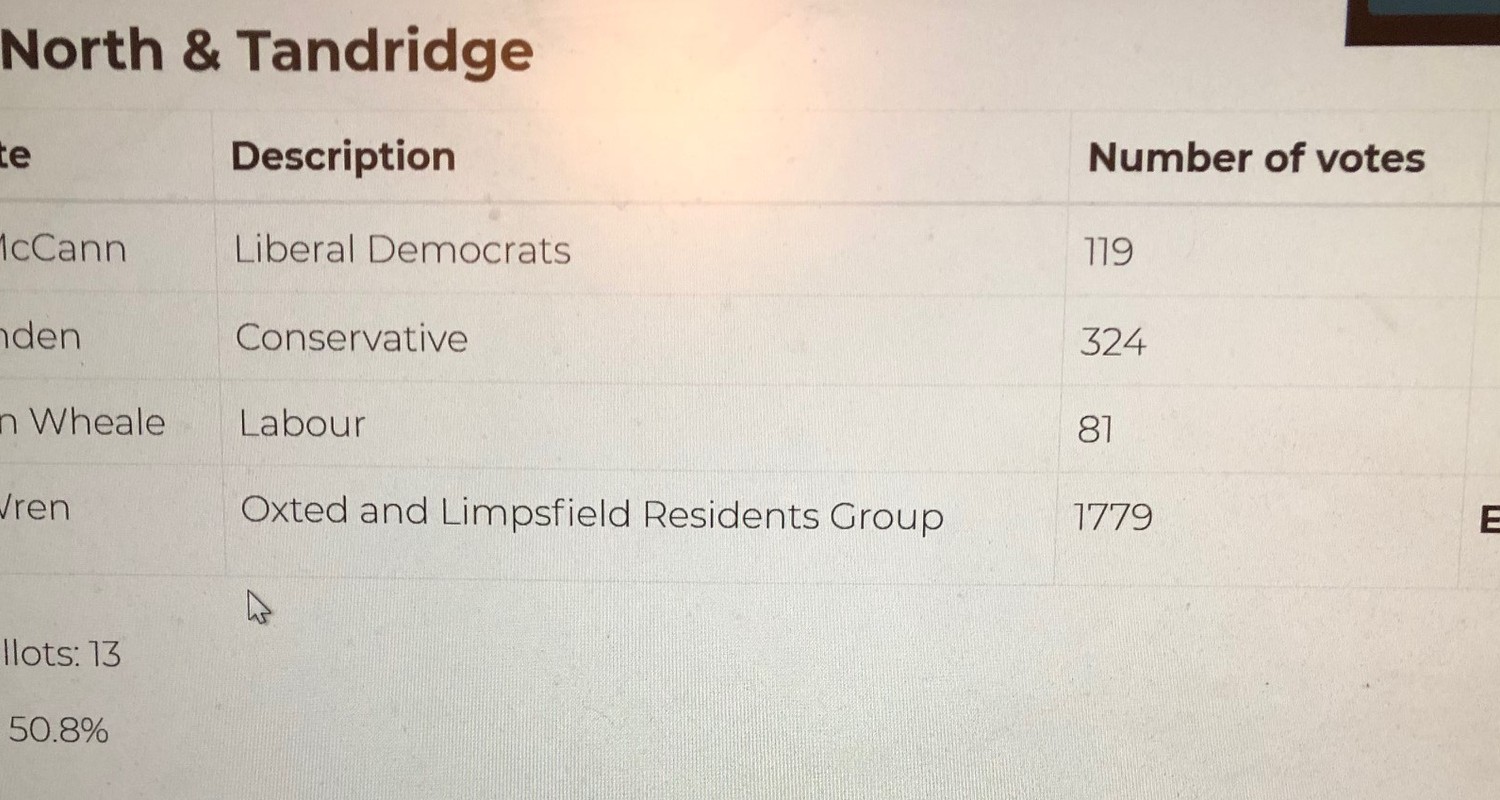 We are delighted to report that OLRG’s two candidates have been elected to Tandridge District Council.

In addition, two more linked Independents have been elected: Mike Crane in Godstone Ward and Mick Gillman in Burstow, Horne and Outwood.
The result means that our Council group of the Independents and OLRG Alliance is now the largest group on the Council. The numbers are:

It was very encouraging to see the strength of the vote and we would like to say a huge thank you to everyone who helped to make this happen.