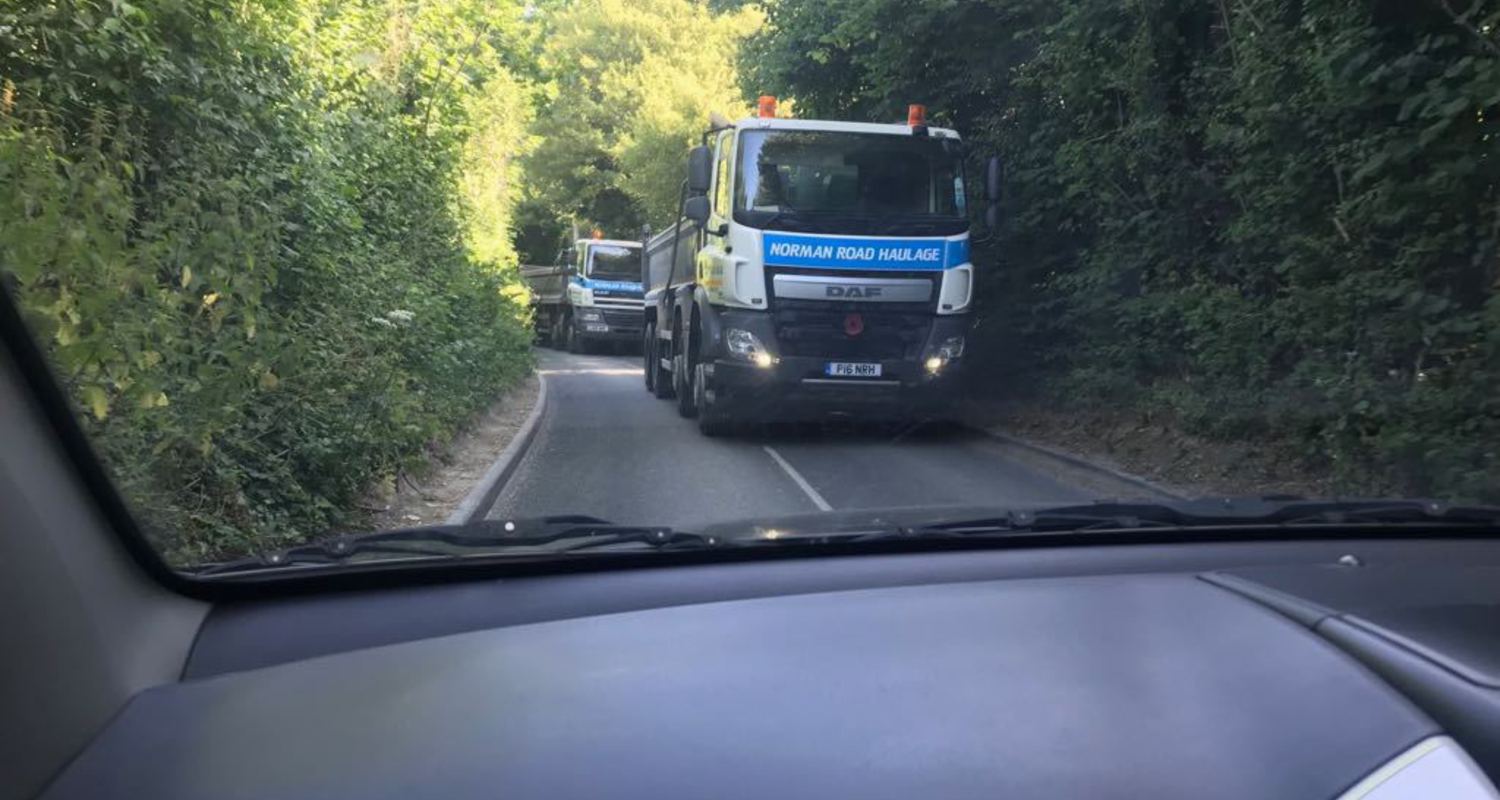 We are hugely disappointed to report that the Planning Inspector who held a public inquiry into the Chalkpit quarry lorries has found in favour of the quarry operator, Southern Gravel.

Southern Gravel appealed against three conditions on the lorries agreed by Surrey County Council in October 2018. They were a daily limit of 112 HGV movements; the prohibition of HGVs leaving the quarry during school drop off and pick up times; the monitoring of the condition of Chalkpit Lane and verges and paying for any repairs needed because of the HGVs.

The Planning Inspector has deleted all three conditions and replaced condition 25 with this wording allowing a daily limit of 200 lorry movements:

The SCC condition was 25) There shall be no more than an average of 76 daily Heavy Goods Vehicle (HGV) movements (38 in and 38 out) to/from the site Monday-Saturday over any12 month rolling period with the maximum number of HGV movements in any one day not to exceed: 112 (56 in and 56 out) Monday to Friday and 72 (36 in and 36 out) Saturday...

The full appeal decision can be read below. 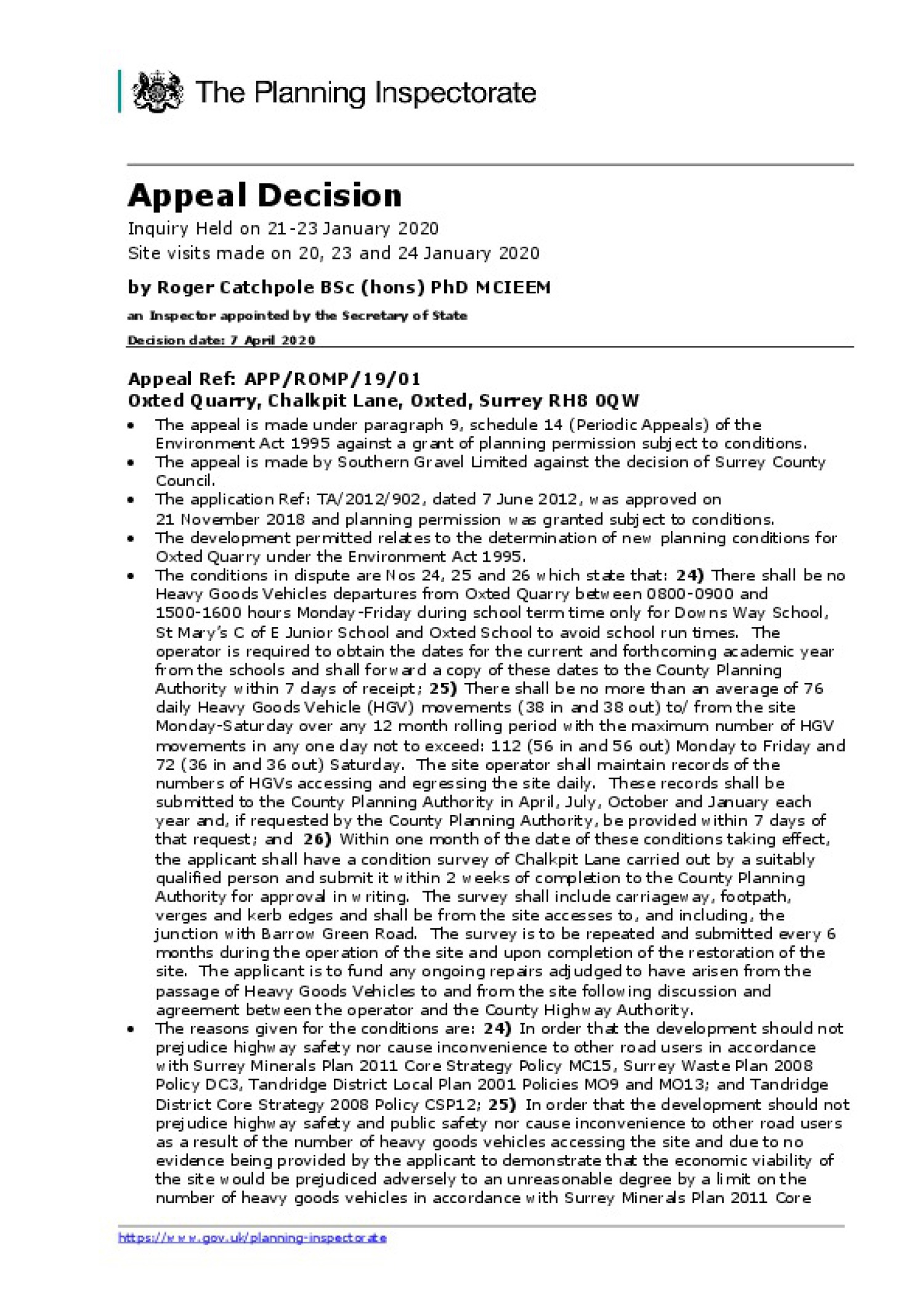