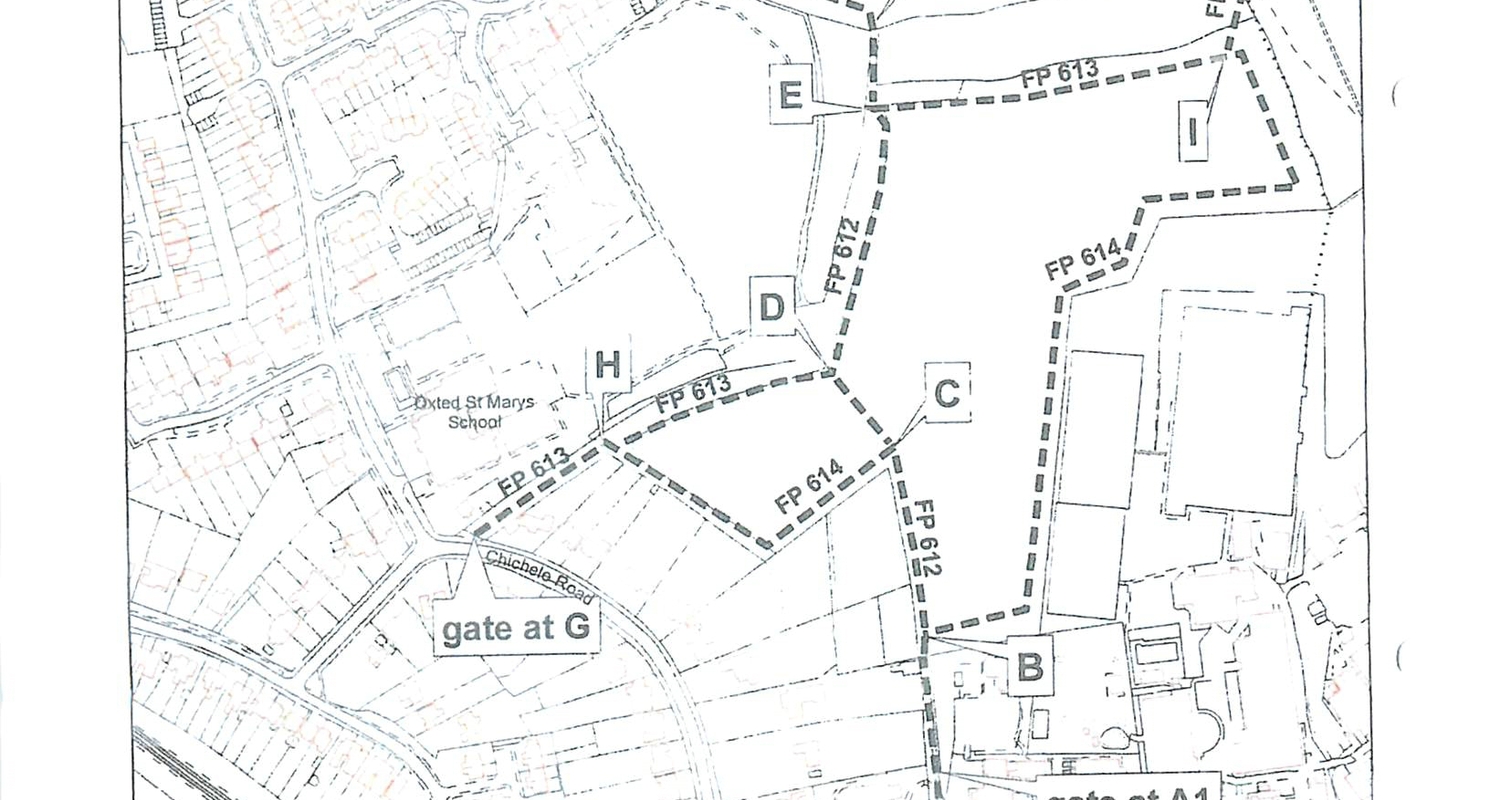 We are disappointed to report that the Planning Inspector who held the public inquiry into three new rights of way across Chichele field has decided not to confirm the footpaths and so the routes will remain closed to the public.

The Inspector said that on the balance of probabilities, she did not consider that a 20 year uninterrupted use could be proved because gates had been locked and fences repaired at times throughout any potential 20 year period. She said that use over a shorter period (2004 - 2013) was not sufficient to support confirmation of the paths.

Her full decision can be read here: 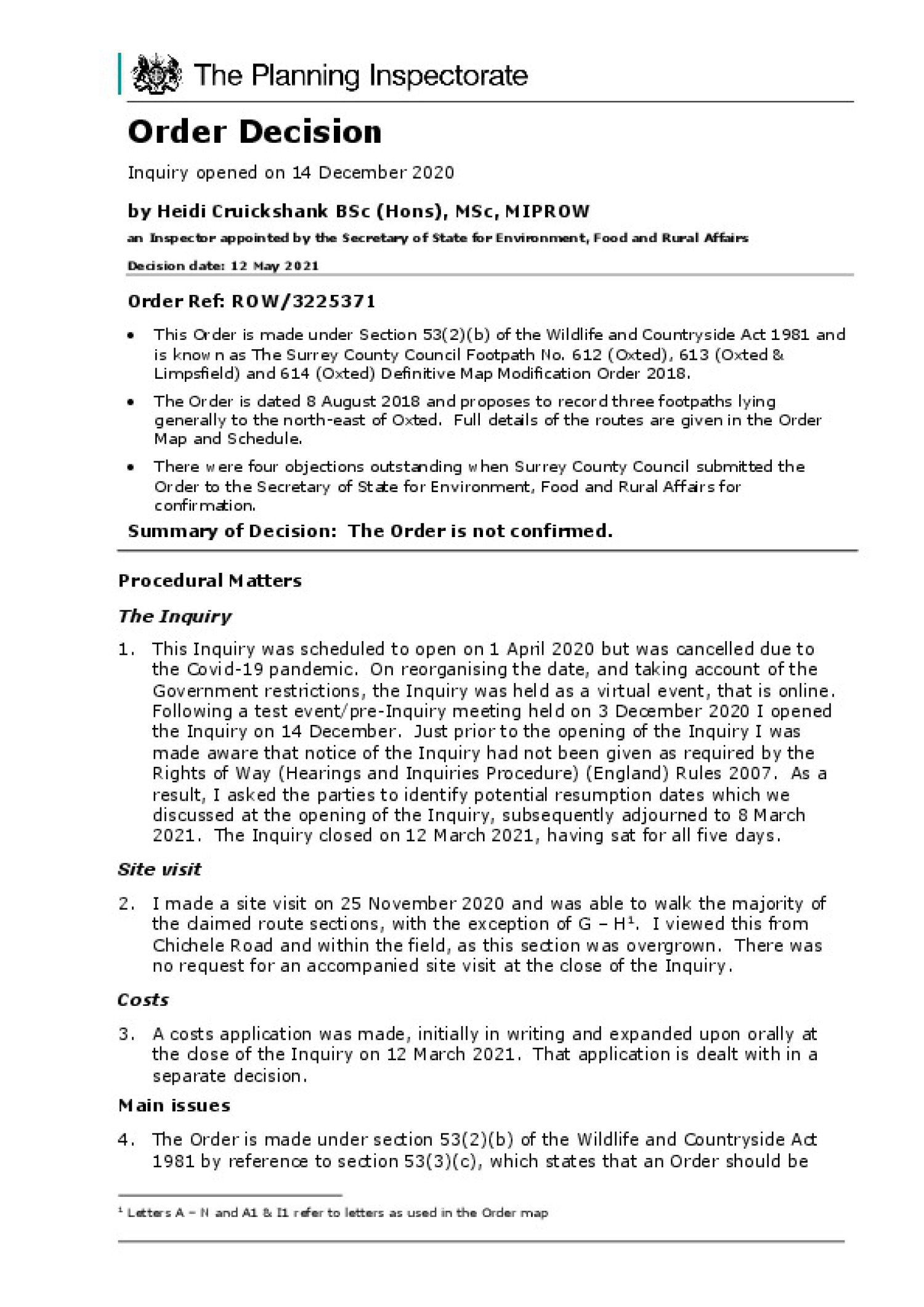 In June 2018, Surrey County Council recommended the new rights of way but the decision was then appealed by landowners and developers.

Very many thanks to everyone who gave evidence and assisted with the application and we are sorry that it has not succeeded.